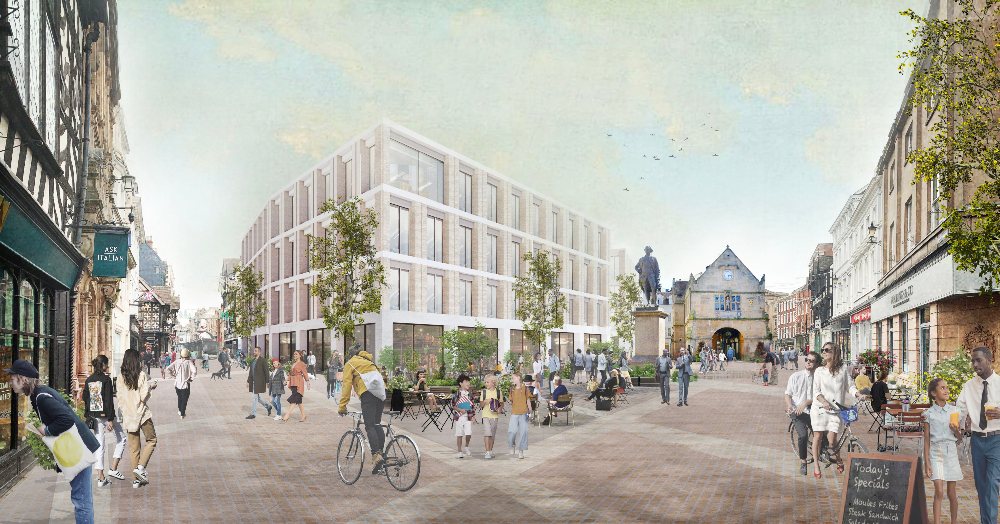 A “big thank you” has been issued to everyone who has got involved with the Shrewsbury Big Town Plan – with nearly 2,400 contributions made on the Masterplan Vision for the town.

The formal consultation period into the Masterplan Vision, which sets out a range of aspirations and ideas for how Shrewsbury could evolve over the next two decades, closed in March, and the Big Town Plan Partnership says it is delighted with the response.

Of the 2,400 contributions, early indications showed that 81% were positive or neutral about the proposals, and 1,500 detailed comments have given the Partnership vital feedback about the way forward.

Tim Pritchard, of Shropshire Council, which along with Shrewsbury BID and Shrewsbury Town Council makes up the Big Town Plan Partnership, said the responses were now being analysed.

“We want to say a big thank you to everyone who has taken the time to consider the Masterplan Vision and share their opinions,” he said.

“This is very much the start of the process, and we are now working hard to analyse the feedback we have received, and there are already some areas which are clearly prompting more debate than others.

“For instance, the comments would seem to clarify and confirm the challenge of finding a solution for how people travel into and around the town centre, including public transport, which will be a focus of some more detailed work later this year.

“However, the overall response to the Masterplan Vision has been extremely encouraging and gives us all a strong remit to continue the process.”

Helen Ball, Shrewsbury Town Council clerk, said there would be more opportunity for people to have their say about the ideas set out in the Masterplan Vision over the coming months.

She said: “Obviously the way we have communicated so far has been affected by the pandemic, so the consultation has had to be almost solely based online.

“However, we appreciate that not everyone can access the internet or get involved with online sessions, so we would very much like to have more face-to-face contact with people later in the summer if we can.

“The Big Town Plan needs to be owned by the community so it is vital that as many people as possible are involved with the process.”

James Handley, a director of Shrewsbury BID, said he was looking forward to seeing how the ideas in the Masterplan Vision developed.

He said: “We expect the plan will become a useful tool in helping to shape the form and type of development in Shrewsbury, as well as encouraging investment within a co–ordinated framework

“This round of consultation, and the response from people who attended the discussion sessions as part of the Big Town Plan Festival, shows there is a clear desire from the community for positive change.

“We are not talking about suddenly transforming our town, it’s about continuing to work together to ensure Shrewsbury can steadily evolve for the better over the next 20 years and beyond.”